But three years removed from proper full-time schoolic exposure to my peers, I felt a certain unbridgeable distance between us. I think my school friends wanted to help me through my cancer, but they eventually found out that they couldn't. For one thing, there was no 'through'. (*61)

Augustus stepped toward him and looked down. “Feel better?” he asked. “No,” Isaac mumbled, his chest heaving. “That’s the thing about pain,” Augustus said, and then glanced back at me. “It demands to be felt.” (*82)

“The thing about eggs, though,” he said, “is that breakfastization gives the scrambled egg a certain sacrality, right? You can get yourself some bacon or Cheddar cheese anywhere anytime, from tacos to breakfast sandwiches to grilled cheese, but scrambled eggs—they’re important.” “I’m just saying: Maybe scrambled eggs are ghettoized, but they’re also special. They have a place and a time, like church does.” (*187)

“Sir, you can’t smoke on this plane. Or any plane.” “I don’t smoke,” he explained, the cigarette dancing in his mouth as he spoke. “But—” “It’s a metaphor,” I explained. “He puts the killing thing in his mouth but doesn't give it the power to kill him.” (*219)

“I don’t want your pity,” I said. “Like all sick children,” he answered dispassionately, “you say you don’t want pity, but your very existence depends upon it.” (*278)

“There’s something disturbing about recalling a warm memory and feeling utterly cold.”

“Love makes you want to be a better man. But maybe love, real love, also gives you permission to just be the man you are.”

It’s a very difficult era in which to be a person, just a real, actual person, instead of a collection of personality traits selected from an endless Automat of characters.”

“There's a difference between really loving someone and loving the idea of her.”

“Sleep is like a cat: It only comes to you if you ignore it.”

“Men always say that as the defining compliment, don’t they? She’s a cool girl. Being the Cool Girl means I am a hot, brilliant, funny woman who adores football, poker, dirty jokes, and burping, who plays video games, drinks cheap beer, loves threesomes and anal sex, and jams hot dogs and hamburgers into her mouth like she’s hosting the world’s biggest culinary gang bang while somehow maintaining a size 2, because Cool Girls are above all hot. Hot and understanding. Cool Girls never get angry; they only smile in a chagrined, loving manner and let their men do whatever they want. Go ahead, shit on me, I don’t mind, I’m the Cool Girl. 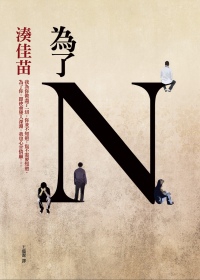 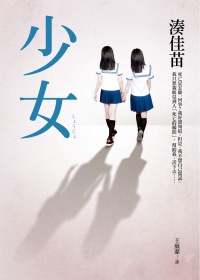 In Search of Lost Time｜追憶似水年華 (5)